The Concession to Climate Change I Will Not Make 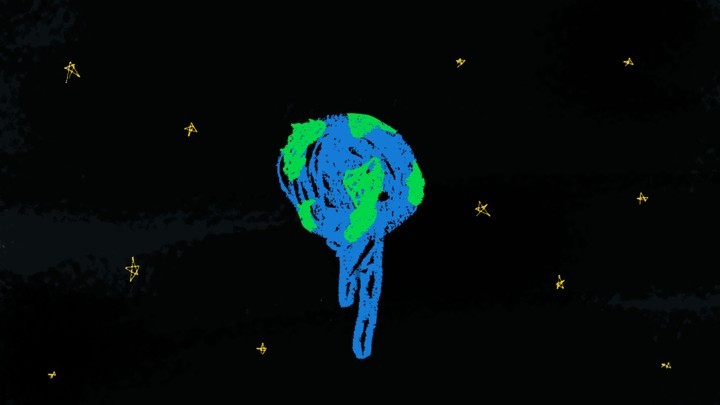 Our first child was born at the end of August. I am not a young parent; I was born in 1974, and in the span of this one generation, global carbon levels rose by nearly twice as much as in all of human history before. I teach environmental law, so naturally people get around to asking whether my wife and I struggled with what it means to bring a child onto this troubled planet, and whether it is a good thing to do at all.

I take the point. James added his seven pounds, 10 ounces to a planet where humans and our domestic animals together outweigh the other land-based vertebrates by 24 to 1. As an American, he can expect to emit 16 metric tons of carbon a year, compared with five for a French newborn and about two for a baby in India or Indonesia. Unless he’s a saintly hermit, he’ll have little personal choice about that carbon load. Most of it is dictated by the roads, engines, and sources of energy that will keep him cool or warm, provide his food, and move him around. He can’t opt out of these systems without opting out of human life as we live it now.

Sometime not too long after he starts asking about the change from winter to spring, or the migration patterns of the geese that sometimes pass high overhead, I will need a way to explain that climate change is destroying habitats, acidifying the oceans, and making large parts of the planet’s land uninhabitable for people. To quote the cards from friends and family that we’ve lovingly placed around our apartment: Welcome, baby.

On one level, my answer to “How can you have a child now?” is simple. I have never been tempted to think we should all stop having children and disappear. Part of the reason climate change is so terrible is the threat it poses to human life and culture, and I want to help them go on. So the question I ask myself every day is how to explain this suffering world to a newcomer. This is what I find myself saying, to this little person who can’t understand me quite yet: “The world is good, for all the bad in it—a good place. And you are good: full of joy, born innocent. But you are not good for the world. When you do all the things you will do—work, play, love—you will be breaking down its systems, making it unlivable. And there is very little that you, personally, can do about it.” What kind of welcome is that?

It is a truthful one, at least, but it raises more questions. What does it mean to teach a child to live in a time of perennial crisis, always in the shadow of loss? I think about trying to teach him love and wonder first, before he inevitably learns fear. I would like him to be fascinated by a Manhattan red oak, a red-tailed hawk perched in its limbs, or a morel mushroom at its roots, before he thinks, This forest is going to die, with everything in it. When the thought of climate doom arrives, I hope it will arrive in a mind already prepared by curiosity and pleasure to know why this world is worth fighting to preserve.

And I hope it will soften the edge of doom for him to know that the world we love has been desolated and climate-changed for a very long time. I imagine we’ll conjure together the ghosts of the wolves and elk that once lived in Manhattan, and the long-lost bison in the West Virginia hills where his grandparents live. A little later, he will know that 10,000 years ago there were giant ground sloths, dire wolves, mastodons, and more. He will learn that before 125th Street was a commercial hub of southern Harlem, it was a streambed running out of the stony flanks of Morningside Heights and curving down to what is still a wetland at the northeastern corner of Central Park. Some of the wonder of the world is what is already gone from it. Nothing he learns to love will be undamaged. Love for half-broken things and places is what he will have to practice, like all of us.

A love for imperfect and impermanent things isn’t a bad starting point for passionate democratic politics. We’ll be sure to tell him that being personally powerless to change the world doesn’t mean being collectively powerless, that we can still make a politics big and generous enough to change course. James was less than a month old when tens of thousands of people rallied in New York City for the global climate strike. We walked him down Riverside Drive and quietly joined in with the chants of elementary-school children marching for the planet. “Look, James,” I whispered, “big kids!” I hope he and his classmates will assume that the Green New Deal is only the beginning of what we need to make peace with the planet, and with one another.

Much of our unease about having children today is rooted in fear of what they will do to the planet. We fear, too, what this changing world will do to them. Children in some places, unprotected by wealth or geography, will be predictably less safe than others, but no one will be beyond danger. Like any parent, I feel this like a cold hand on my heart. But most human lives have begun under threat, from war, exploitation, disease, starvation, or storm and drought. Our moment is radically exceptional in that a few hundred million people have been able to imagine real safety as the normal background of human life.

That is a precious thing, but to preserve and extend it, we have to be willing to go on without its assurance. The only alternative to giving up on humanity is to have children whom we cannot keep as safe as we would wish, or as safe as some of us were raised to imagine we could. And if we are ultimately going to build a world that is both safer and fairer, we will have to start by working to save as well as transform the same civilizations that have ruinously misused the Earth. For now, as the poet Wallace Stevens wrote in a 1942 poem eerily titled “The Poems of Our Climate,” the imperfect is our paradise. This ever more broken world is the only route to a better one.

New York City is a good place for a post-natural naturalist’s education in uncertainty. It has been climate-changed forever. We can study seasons by looking upriver at the forest-topped cliffs of the Palisades near the George Washington Bridge, already bare in late fall while the trees of Manhattan’s heat island stay halfway green. He will learn that in the city, raccoons are not nocturnal as they are elsewhere, not afraid of dogs or people—that, like other migrants to New York, they have adapted to its rhythms. He will learn that in this beautiful place, nothing is permanent or entirely secure.

After James had his vaccinations, his 7-year-old cousin, William, came into the city to meet the baby. While James slept, William and I walked into Riverside Park, to what I think is one of the last free-flowing springs in Manhattan, which pops out of a hillside and flows less than 100 feet to a drain running to the Hudson. I helped him gather stones, branches, and leaves to dam the little stream. We watched our pool build up, then broke the dam for the brief pleasure of watching newly freed water leap downhill, for just a moment, as wild as anything in the world.