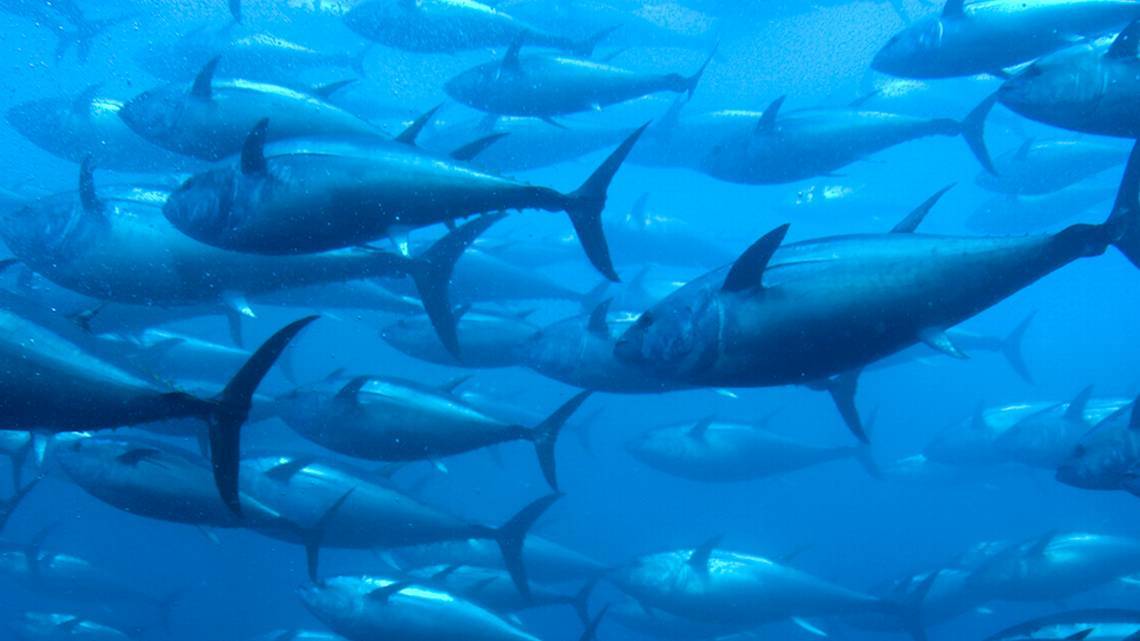 Proper management techniques will help Florida sustain its fisheries, such as this one of bluefin tuna. (Photo credit: Getty Images)

The options for eating seafood are plentiful in Miami, from beach shacks to fine-dining establishments and everything in between. Equally plentiful is the seafood caught by U.S. fishermen that I and other Florida chefs are proud to serve and promote.

The United States boasts some of the best managed fisheries in the world, making American seafood a preferred choice for sustainability advocates like myself and, increasingly, for consumers.

But this wasn’t always the case. Until the mid-1990s, many U.S. fish stocks were being caught at an unsustainable rate — depleting the ocean of many of the species we love to eat.

Fortunately, a wide range of stakeholders committed to sustaining U.S. fisheries and fishermen worked with Congress to make key changes to a federal law known as the Magnuson-Stevens Act (MSA). As a result of those changes, more than 45 of our country’s fish populations have recovered from perilously low levels, and the law ensures that they are now fished sustainably. For chefs in Florida, with more than 8,000 miles of coastline along the Atlantic and the Gulf, that means we have access to sustainable seafood on a regular basis.

Yet, while our management system is strong now, the fate of Florida’s fishing catch faces new challenges, many driven by climate change.

Red tide and warmer and more acidic ocean waters caused by carbon-dioxide emissions are threatening the state’s stone-crab fishery — worth millions of dollars to fishermen and restaurants that have built their brand on the succulent claws.

Habitats are changing, and some species of finfish that were once common off our Atlantic seaboard are moving north in search of cooler waters. Closer to shore, toxic algae blooms caused by coastal runoff threaten human health, close beaches and kill fish. The blooms are made worse and more frequent by the warming ocean waters resulting from climate change. Those same warming waters are also increasing the frequency and severity of the hurricanes that regularly threaten Florida, causing billions of dollars of damage to our economy. In short, the changing climate is threatening our fisheries, coastal communities and way of life.

As overwhelming as this all seems, there is good news. Scientists looking at climate impacts on fisheries in both the United States and around the world have come to an important conclusion. Well-managed and sustainable fish populations have the best chance of surviving and adapting in the face of climate change. In other words, never has it been more important for us to maintain the strong, science-based management standards that brought many of our fisheries back from the brink.

On Feb. 14, Rep. Jared Huffman, of California, will be in Miami to talk to stakeholders about the MSA and fisheries management in the United States. It is important that he and the rest of our elected leaders hear loud and clear that, given the ongoing threats posed by climate change, it is imperative that we uphold the MSA’s proven processes to rebuild depleted fisheries and ensure the adoption of the accountability measures that make our system work.

In short, we need elected officials to maintain science-based, sustainable fisheries management to ensure that we have U.S. seafood for generations to come. This is the only way that we be sure that American fisheries will survive and thrive in a changing ocean, and that there will be enough fish in the sea for tomorrow’s meal.

Allen Susser is a James Beard award-winning chef, restaurateur, cookbook author, including the recently released “Green Fig and Lionfish.” He is an advocate for sustainable seafood and sustainable eating.

This article originally appeared in the Miami Herald and can be viewed here.