New Jersey Municipalities Band Together to Protect the Coast 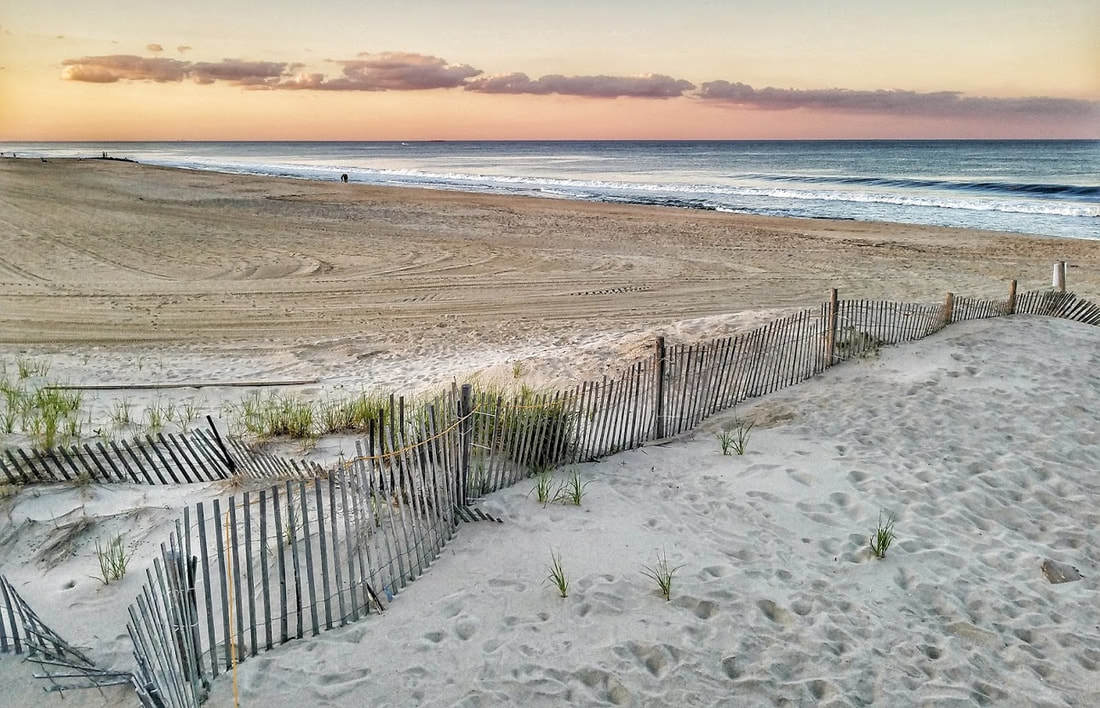 The City of Asbury Park became the sixth New Jersey municipality to be recognized as a Champion of the Coast by the American Littoral Society. The recognition follows Asbury Park's September 26 adoption of an ordinance banning intentional balloon releases, marking the third action in a series required by the Society to achieve Champion of the Coast status.

The Littoral Society, a coastal conservation nonprofit organization, developed the Champions of the Coast initiative early this year and is seeing rapid growth in participation from communities seeking to ensure a clean and healthy ocean and coastline into the future.

"As a shore community we have a significant responsibility to provide leadership that will protect our coastal economy and a healthy ocean," said Asbury Park Mayor John Moor. "These collective Champion of the Coast actions help us fulfill that responsibility."

"The impact of protecting our ocean and coast is greater when done alongside other coastal communities, creating support for a more regional effort, and we are honored by this recognition from the Society," Deputy Mayor Amy Quinn added.

"For over a year, we have been reaching out to coastal communities, engaging our New Jersey leaders about coastal conservation actions, and encouraging them to raise their voices on pressing issues of regional importance," said Helen Henderson, Ocean Program Manager for the Society. "This initiative shows that real people, towns, and communities have the power to leave a positive, lasting legacy on the health of our coast and ocean. We are recognizing their leadership and contributions."

"Berkeley Township is proud to be one of the first Ocean County municipalities to support regional ocean planning by resolution in 2017," said Mayor Carmen Amato. "We have always supported the American Littoral Society and their efforts have helped to protect and improve our bay, ocean and many other natural resources. When we look to the future of New Jersey's Ocean, it should not include oil rigs or marine pollution caused by balloon releases. I hope that every municipality will consider following suit and become a Champion of the Coast to help ensure that New Jersey's greatest natural amenity is protected and improved for generations to come."

The Society promotes the conservation of marine life and habitat, protects the coast from harm, and empowers others to do the same. The organization emphasizes that local leadership is imperative to maintaining the health of the environment and economy.

The Champions of the Coast initiative was launched by the Society shortly after the Department of the Interior released a Draft Proposed Plan for new offshore oil and gas leases as a way to support its ongoing work to raise local voices in support of smart planning of our ocean space.

The Littoral Society considers the radical proposal, which recommends opening 90 percent of our offshore waters for oil and gas exploration and drilling, in direct opposition to what smart ocean planning should lead to: protecting ocean habitats and ensuring sustainable ocean uses.

"So many local and state leaders knew that fossil fuel exploration and extraction placed the entire U.S. coastline-and the multi-billion-dollar coastal economies they support, such as recreation, tourism, and fishing-at risk," said Henderson. "We need governments in New Jersey and throughout the Mid-Atlantic region to make responsible decisions about the use and protection of our ocean and coasts, knowing that their decisions will impact coastal resiliency, ocean health, and the livelihoods of coastal communities for decades to come."

The Society thanks the Champions of the Coast municipalities for supporting regional ocean planning to protect special marine places, opposing new offshore oil and gas drilling, and banning intentional balloon releases that pollute our beaches and waters.

"Coastal conservation is paramount to our community, fishing industry and tourism in Point Pleasant Beach and working with the American Littoral Society has helped us enact real changes that will positively effect generations to come" said Councilman Paul Kanitra. "We're incredibly proud of our new Champion of the Coast status and grateful for the expert guidance from our friends at the American Littoral Society."

"We support regional ocean planning and oppose oil and gas drilling because by the very nature of our town's name our beach is critical to our identity, our local economy and the enjoyment of our residents and visitors," said Bradley Beach Mayor Gary Engelstad.

Among other coastal initiatives, Bradley Beach has worked for years to manage and maintain a protective dune system, while also setting aside space for re-establishment of a maritime forest.

"We have also taken proactive measures against plastic bags, against the release of balloons and our volunteers number in the hundreds every year for our Beach Sweeps," said John Weber, Bradley Beach Council Member. "We support regional ocean planning because we need to accommodate many different uses in the ocean these days. But one use we don't want to see is offshore oil and gas exploration, so we have passed a resolution against it."

Long Beach Township has a history of working to make our oceans, beaches, and bay pristine and recently initiated a ban on single use plastic carry out bags.

"Planning for a healthy ocean and coast begins here at home with reducing plastic pollution, opposing oil and gas drilling and curbing fertilizer run-off," Long Beach Township, Mayor Mancini concluded. "It is our pleasure to partner with groups like the American Littoral Society."

Click for more information about Champions of the Coast and the American Littoral Society or contact Helen Henderson, Ocean Program Manager at 732-546-2514 helen@littoralsociety.org.