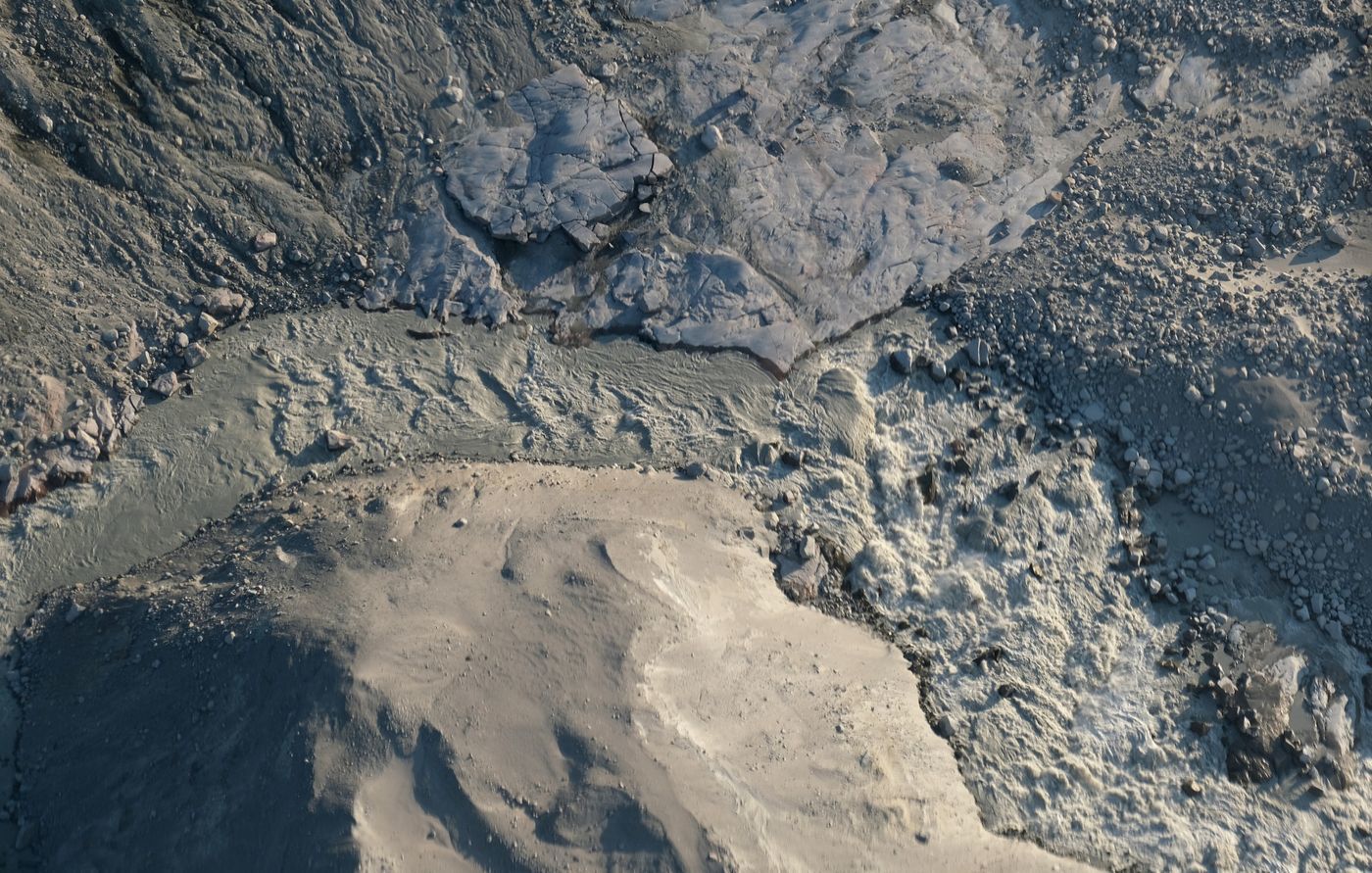 This is not what you want to see. Photographer: Sean Gallup/Getty Images Europe

The announcement that 11 billion tons dropped off the Greenland Ice Sheet in one day turned out to be a made-for-television example of the effects of climate change. Dramatic videos of water pouring off the glaciers went viral. But apart from the occasional spectacular image, it’s hard to focus the attention of the news media on the Greenland Ice Sheet. And that’s too bad.

Because it’s worse than you thought.

Consider: According to NASA’s National Snow & Ice Data Center, between June 11 and June 20 of this year, the Greenland Ice Sheet (or GIS) lost an estimated 80 billion tons of ice. That’s an average of 8 billion tons every 24 hours for 10 days, a record warming event. But there was hardly a whisper of news coverage, perhaps because there weren’t any exciting videos.

Maybe the old cliché is true after all: A picture is worth a thousand words. After all, the GIS has been melting for decades. The tough part is getting people to pay attention. In northeast Greenland the sheet is vanishing even faster than climate models predict. Recent research has shown that the most rapid melt is in southwest Greenland, where the glaciers by and large don’t terminate in the sea. This result, which took many climate scientists by surprise, tends to confirm rising temperatures rather than changing ocean currents as the cause.

Yes, it’s possible that Greenland’s ice sheet actually grew slightly in 2017. It’s also possible that snowfall in 2017 and 2018 roughly balanced the mass of ice loss. But before climate-change skeptics bombard me (@StepCarter) with snide told-ya-so’s, bear in mind these are only possibilities. Unfortunately, the Gravity Recovery and Climate Experiment satellite, our most sensitive measuring tool, stopped giving reliable data in 2016 and went dead during 2017. (Happily, a follow-on mission lifted into orbit in May of 2018).

Besides, recent ice growth, if any, seems to be an anomalyin a long-term melting trend. As the same Danish researchers who made the point about snowfall noted, “the neutral mass change in the last two years does not — and cannot — begin to compensate for these losses.”

Even prominent climate skeptics have begun to concedethat the disappearance of the GIS is related to the globe’s changing climate. Alas, a sobering paper from the distinguished Yale economist William Nordhaus argues that we’re already too late. Absent forms of extreme restraint that will are politically impossible, writes Nordhaus, Greenland’s ice sheet is going to melt over the next few centuries, and rebuilding it will be the work of many generations.

What would be the result? A 2017 study found that the Greenland ice sheet, which as recently as 1993 contributed only 5% of the rise in sea levels, is now responsible for 25%. Melting of the GIS over the past 40 years has raised sea levels only about half an inch. According to recent modeling, however, the disintegration of Greenland’s ice is likely to raise sea levels along the East Coast of the U.S. by a minimum of 0.2 meters (about 8 inches) over the next century. 1 Unless you spend a lot of time in littoral areas, this may not sound like much, but bear in mind that those extra inches would be the starting level for future storm surges. (Yes, melting on the GIS may cause similar effects in coastal Europe.)

If all of this is inevitable, what to do? The buzz words are adaptation and mitigation.

Adaptation we might loosely call learning to live with what comes next. Successful adaptation could reduce the costs of coastal damage over the next century by a factor of seven. For example, people who live along the seacoast might pull up stakes. Although some activists write as though anything short of official mandate represents a policy failure, a degree of adaptation may already be occurring. According to “Climate Gentrification” theory, as people learn about the effects of climate change, those who can afford to move, will. In particular, they will begin to abandon the coast and move further inland. This may already be happening: A study of the Miami real estate market found that since 2000, properties at higher elevations have appreciated in value faster than similar properties at lower elevations. (The research is often misdescribed in the press as showing that coastal properties have lost value.)

Some forms of adaptation have positive results. For example — don’t laugh! — a recent article in Nature Sustainability notes that as Greenland’s glaciers retreat, the island could become an exporter of sand and gravel. (Apparently there’s a worldwide shortage.) In the U.S., many companies are likely to profit from the need to strengthen infrastructure.

Mitigation involves the effort to limit the effect of climate change, usually through the reduction of greenhouse gas emissions. This is where draconian and politically unachievable regulatory proposals usually come in. The optimist in me is more interested in technological solutions. Climate change activists tend to deride geoengineering as “eclectic, messianic and mostly untested.” Given the urgency of the crisis, however, we should be testing as much as we can.

The most sought-after prize is the ability to inexpensively remove greenhouse gasses from the air. Carbon capture technology, aimed at using those gasses to create synthetic fuels, has drawn the attention of serious investors, among them Bill Gates. Oil and gas companies, too, are understandably interested.

I hope the technology proves feasible. As I’ve noted before in this space, whenever engineering solutions are proposed as tools to mitigate the effects of climate change, critics rush to insist that technological fixes won’t work. Carbon capture is no different. And perhaps the prospect does indeed carry with it a whiff of the magic bullet. But we’ve managed to fire magic bullets from time to time. If we believe the threat of climate change is real — and what's happening in Greenland is pretty good evidence — there's certainly no justification for not trying.

This article originially appeared on Bloomberg's website and can be viewed here.