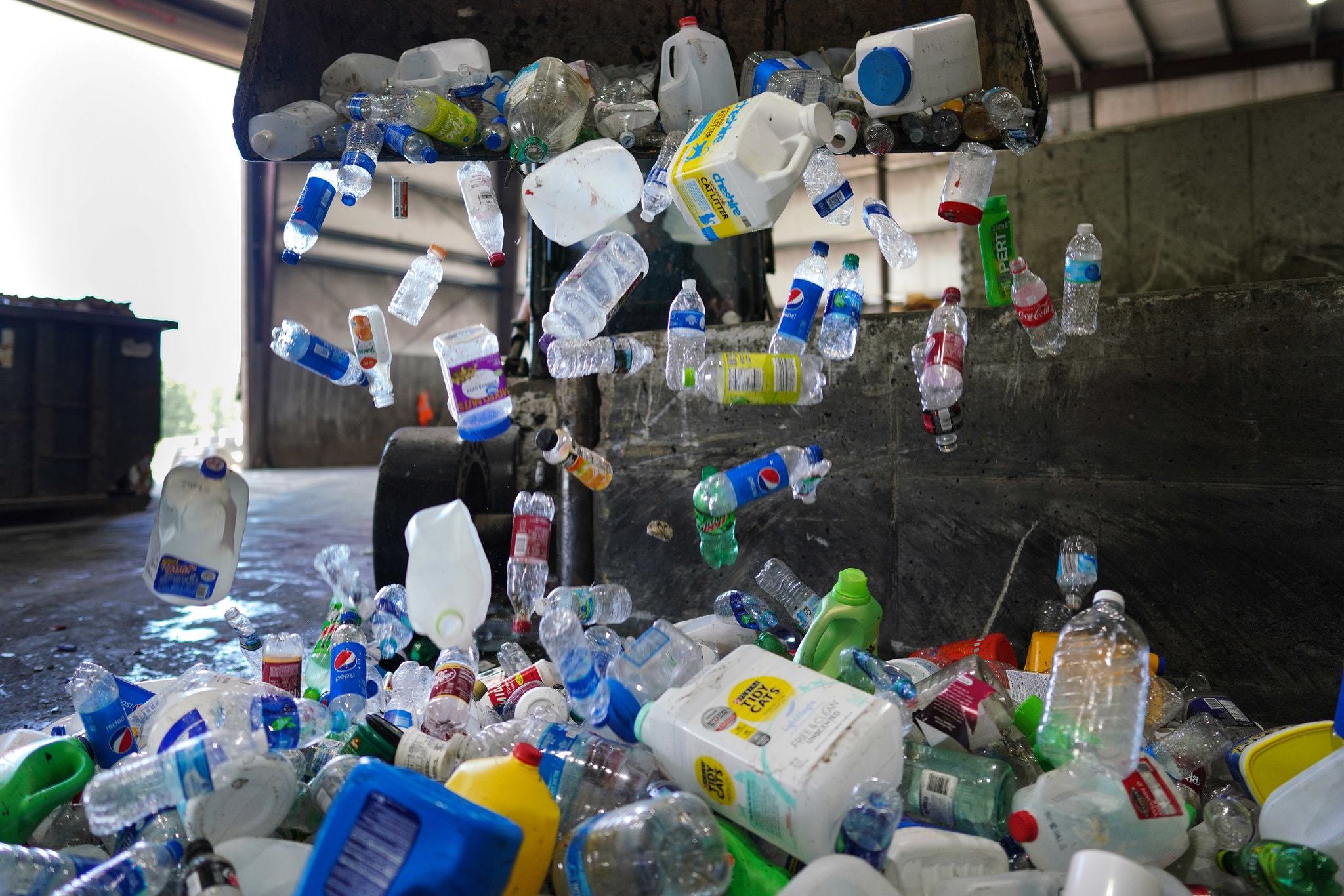 Solutions to the plastic waste problem are often described in terms of what consumers can do. A new bill shifts the responsibility to the producers of plastic. (Photo Credit: Chang W. Lee/The New York Times)

Solutions to the plastic waste problem are often described in terms of what consumers can do to help. But federal legislation, set to be introduced by two Democrats in Congress on Tuesday, would shift responsibility to the industries producing the plastic encircling the globe.

The bill, being introduced by Senator Tom Udall of New Mexico and Representative Alan Lowenthal of California, is one of the most aggressive, sweeping attempts to hold the plastics industry, beverage makers and other companies financially responsible for dealing with the waste they create.

The so-called Break Free From Plastic Pollution Act is a long shot, with no Republican co-sponsors and several provisions that seem sure to be nonstarters in an election year. But the legislative effort at the federal level, even if a politically unrealistic one, shows the growing sway of environmental groups that have pushed to stem the flow of plastic waste into the ocean.

The legislation includes measures that the sponsors argue will increase the nation’s meager recycling rates, such as a national “bottle bill” that would incentivize people to return their empty soda and water bottles by providing a 10 cent refund for each bottle. It would also require companies that produce and sell food service and plastic packaging to pay for the waste collection, a burden that now falls primarily on taxpayers.

“The plastics pollution crisis has reached a tipping point and the American people are fed up,” Mr. Udall said in a conference call with reporters on Monday.

The bill calls for a pause on creating new plastic producing plants, which have been a boon for the oil and gas industry and a job generator in states like Texas, Louisiana and Pennsylvania.

As the supply of oil and gas swells but global demand shows signs of leveling off, plastic production is one of the fossil fuel industry’s most promising areas of growth. That dynamic is causing concern about increased greenhouse emissions and poor air quality caused by the new petrochemical plants, but it also means the oil and gas industry is poised to fight vigorously to defend its expansion.

There are some provisions in the bill that could find broader support, like mandating standardized labels on recycling and composting bins to help people more effectively sort their used containers.

Most of the legislative efforts to battle plastic waste have played out at the state and local levels, where officials have voted to ban products such as plastic bags and polystyrene foam food containers. But even as these measures have taken hold in some places, beverage companies and plastics lobbyists have successfully beaten back other initiatives like bottle bills in large part because of the costs it would impose on the industry.

For decades, the plastics industry has encouraged consumers to recycle their empty containers by sponsoring marketing campaigns and school competitions. But in reality, the vast majority of used plastic has been ending up landfills, incinerators or shipped to other nations, where its fate is far from clear. An increasing number of municipalities have stopped accepting most plastics to be recycled because the cost of collection and sorting the material is not worth it.

“The public has been sold a bill of goods,” Mr. Lowenthal said on Monday. “Very little of what is called recyclable is actually recyclable.”

Michael Corkery is a business reporter who covers the retail industry and its impact on consumers, workers and the economy. He joined The Times in 2014 and was previously a reporter at the Wall Street Journal and the Providence Journal. @mcorkery5

This article originally appeared on The New York Times' website and can be viewed here.