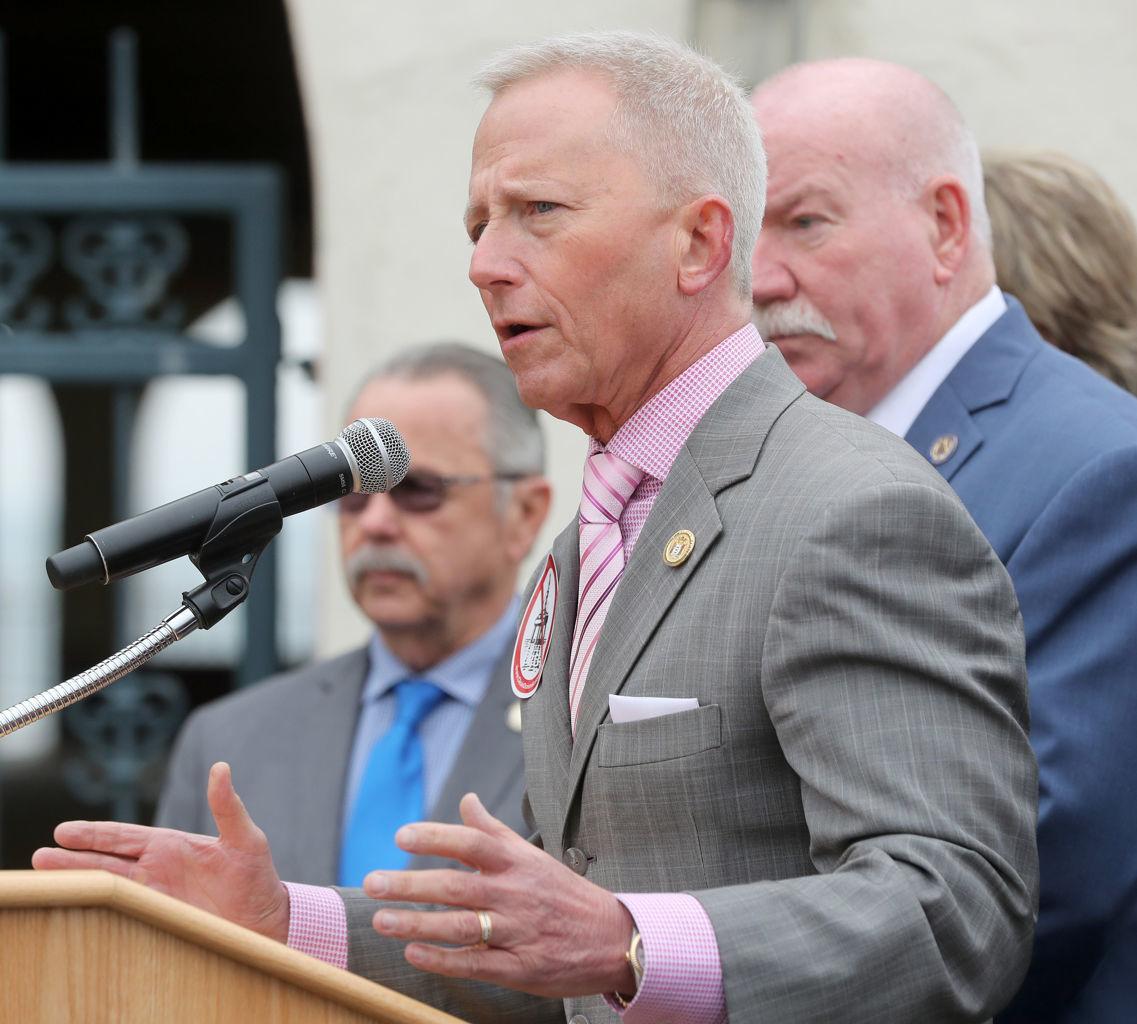 Congressman Jeff Van Drew has introduced a bill to ban seismic testing, a precursor to oil and gas drilling, in the Atlantic Ocean. In this file photo, then State Senator Jeff Van Drew, D-1, speaks at a press conference held in opposition to off-shore oil drilling by the Cape May County Chamber of Commerce at the Music Pier in Ocean City Feb. 26, 2018. (Dale Gerhard / Press of Atlantic City)

Called the Atlantic Coastal Economies Protection Act, it was written after the National Oceanic and Atmospheric Administration issued five Incidental Harassment Authorizations, which would advance permit applications for seismic air gun blasting off the Atlantic Coast.

Seismic air gun testing is the first step toward offshore oil and gas exploration and a direct threat to the coastal fishing and tourism economies dependent on healthy ocean ecosystems, Van Drew said in a news release.

“Our local economy is dependent on fishing, tourism and wildlife watching — the bottom line is offshore oil and gas drilling isn’t worth the risk,” said Van Drew.

In December, Gov. Phil Murphy's administration announced New Jersey would participate in a multi-state lawsuit seeking to overturn the Trump administration's approval of air-gun testing in the Atlantic.

Van Drew's predecessor, Frank LoBiondo, R-2nd, also opposed seismic testing in the Atlantic Ocean and was a longtime foe of drilling for gas and oil in the Atlantic.

LoBiondo signed a bipartisan letter from almost 100 members of Congress to Commerce Secretary Wilbur Ross and Interior Secretary Ryan Zinke, asking them not to issue the final permits.

As a state senator in 2018, Van Drew introduced and saw signed into law a bill that prohibited offshore oil or natural gas exploration, development, and production in state waters.

Rutherford said the waters off the East Coast are home to vulnerable mammal populations, military operations, tourist destinations and a vibrant maritime economy.

"Allowing seismic testing in the Atlantic is unnecessary and potentially hazardous to the coastal communities that rely on a healthy ecosystem," Rutherford said. "The U.S. should not jeopardize our coastal economy, ... particularly when our energy needs continue to be met."

The bill has also been endorsed by groups ranging from chambers of commerce and fisheries organizations to conservation and environmental groups, Van Drew said.

On Monday, U.S. Rep. Jared Huffman, D-Calif., said he introduced a bill to restore protections to the Arctic National Wildlife Refuge. It would reverse a provision in the 2017 tax bill that opened the refuge’s coastal plain to oil and gas exploration and drilling, Huffman said in a press release.