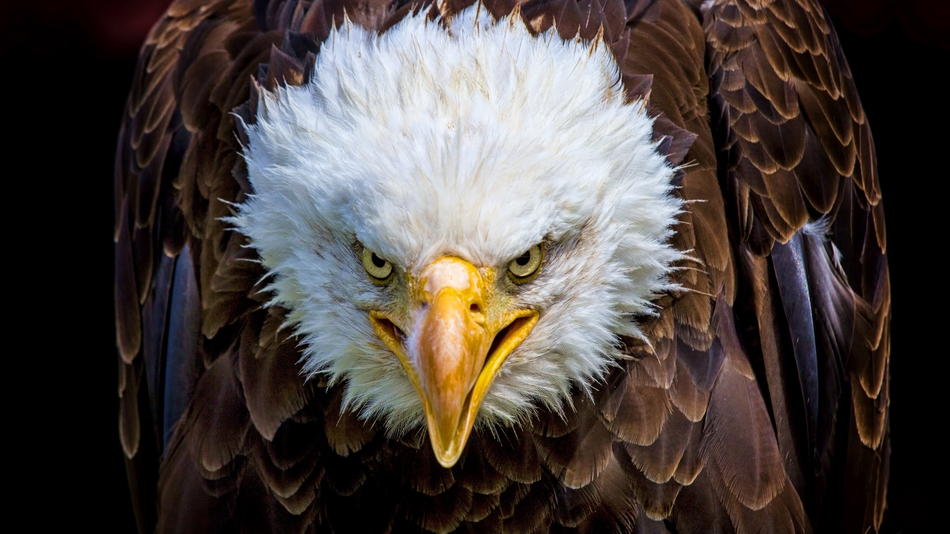 In 1973, Congress overwhelmingly passed the Endangered Species Act by a stark vote of 355 to 4.

Forty-six years later, over 80 percent of Americans support the nation's bedrock conservation law, which is responsible for resurrecting the once-doomed bald eagle, chosen by the Founding Fathers to represent the fledgling United States on the country's national emblem.

Yet regardless of the law's historic support and successes at fending off the extinction of iconic wildlife in human-dominated landscapes — the likes of the American alligator, gray wolf, and grizzly bear — last week the Trump administration finalized changes to how the federal government can enforce the law. Legal experts largely agree that these new rules seek to weaken the act: The administration is now better positioned to under-protect wildlife, specifically by allowing federal regulators to only assess adverse changes to a species' habitat in the vaguely-described "foreseeable future" (which could easily ignore the longer-term predicted effects of accelerating climate change). The new rules also let the government assess the potentially costly economic consequences of protecting species, among other changes. But, crucially, these administrative changes cannot diminish a core element of the Endangered Species Act, which is a particularly powerful statute. The law, signed by President Nixon in 1973, states unequivocally that the government's decision to protect a species should be made "solely on the basis of the best scientific and commercial information regarding a species’ status."

In short, the Trump administration still has to obey the science and data. Indeed, the administration may wish to weaken the Endangered Species Act, but these changes — which still might end up impacting some species — are limited in scope.

"They're limited by the statute," said Elizabeth Hubertz, an environmental litigator and director of the Interdisciplinary Environmental Clinic at the Washington University in St. Louis School of Law.

"Some of the worst things they might want to do [to the Endangered Species Act], they really can’t," Hubertz added. 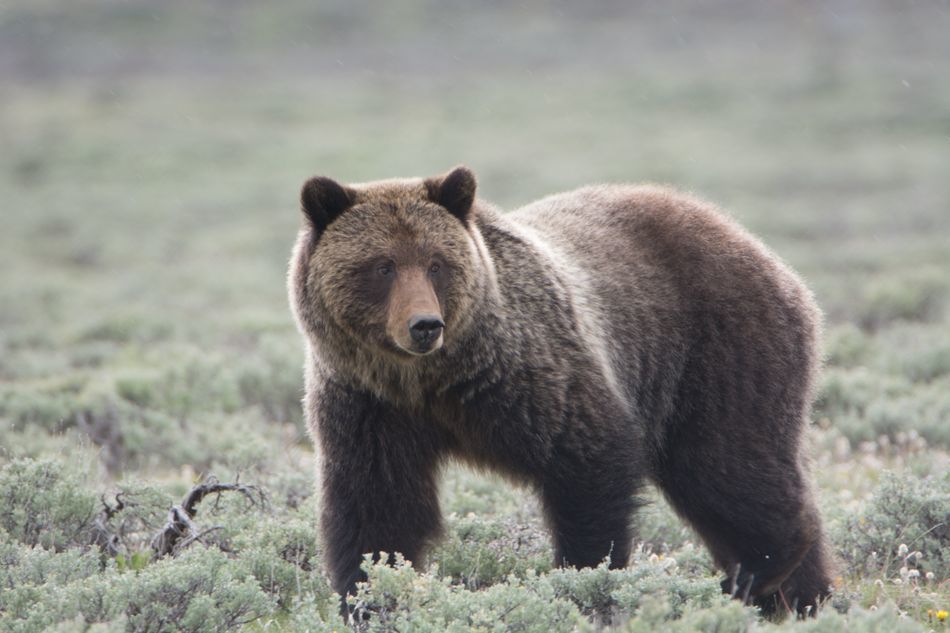 The most lasting, significant changes to the Endangered Species Act have to be accomplished through real legislation, by way of Congress. The Trump administration can only tinker with the rules that enforce the law, and even then sometimes dubiously. "There isn’t the appetite or willpower to bring changes to the Endangered Species Act at the congressional level," noted John Vucetich, a biologist at Michigan Technological University focused on carnivore conservation, notably endangered wolves. "So if you're not going to change the law legislatively, the next battleground is through administrative policy."

It's understandable that conservation organizations and the media alike have been highly suspect, if not hostile, to the Trump administration's rule changes, which go into effect next month unless legal challenges (lawsuits have already begun) throw a wrench in the process. The administration certainly hasn't befriended the environment. Rather, it perpetuates a "deep suspicion" among the Republican party (a suspicion that has existed since the 1980s) of U.S. environmental laws, fostered radically inaccurate misinformation about climate science, and is led by a president who claims — without an iota of evidence — that wind turbines cause cancer.

But the Trump administration does not have the power to "gut" the Endangered Species Act, a description that has been widely used to describe the new rules. "I think much of the media coverage has been overhyped," said Holly Doremus, a professor of environmental regulation at the University of California, Berkeley School of Law. "Regulatory changes can never change the underlying statute."

"There’s been an exaggeration of the potentially negative effects on conservation," agreed Jonathan Adler, the director of the Coleman P. Burke Center for Environmental Law at the Case Western Reserve University School of Law. "Anytime anyone proposes doing anything with the Endangered Species Act people tend to go ballistic."

But, Doremus noted, the Trump Administration's intention is still clear. "They’re trying to make it easier to under-protect species."

The future of the Endangered Species Act

Unlike many of the Trump administration's earlier, often losing efforts to change U.S. regulations — which the Washington Post described as "an extraordinary record of legal defeat" — the administrative rule changes to the Endangered Species Act may survive their challenges in court.

"Most of the changes are readily defensible legally," said Adler. "As a legal matter, I think these changes are less vulnerable to legal challenge than other things the Trump administration has done."

"I think this administration has learned from their mistakes," added Hubertz, noting that it took them several legal efforts to get the courts to approve a Muslim ban.

The administration carefully followed the legal procedures required to change federal regulations, allowed two months for the public to comment on the rules, and then responded to the rules and offered explanations for their proposed (but now official) changes, like "increased transparency."

So, many of the regulatory changes, if they hold up in court, may now be put to use. Though, some of their effects may be inflated.

For example, the federal government, by way of the U.S. Fish and Wildlife Service, will now weigh the economic impacts of protecting a species (ie., how much an industry or business could lose by not being able to use certain protected lands). But this is dubious information to compile, noted Hubertz. Again, the congressionally-passed Endangered Species Act explicitly states that only scientific data can be used to determine if a species needs protection, she noted.

So this change, while receiving lots of attention, doesn't quite live up to its hype.

"I don’t think that’s an important change," said Doremus. "The statute says they have to make determinations based solely on science."

And if the Trump administration — or any administration — argues that a species no longer needs protection based upon considerations other than the science, "that will be reversed [by courts] in five minutes," noted Doremus. 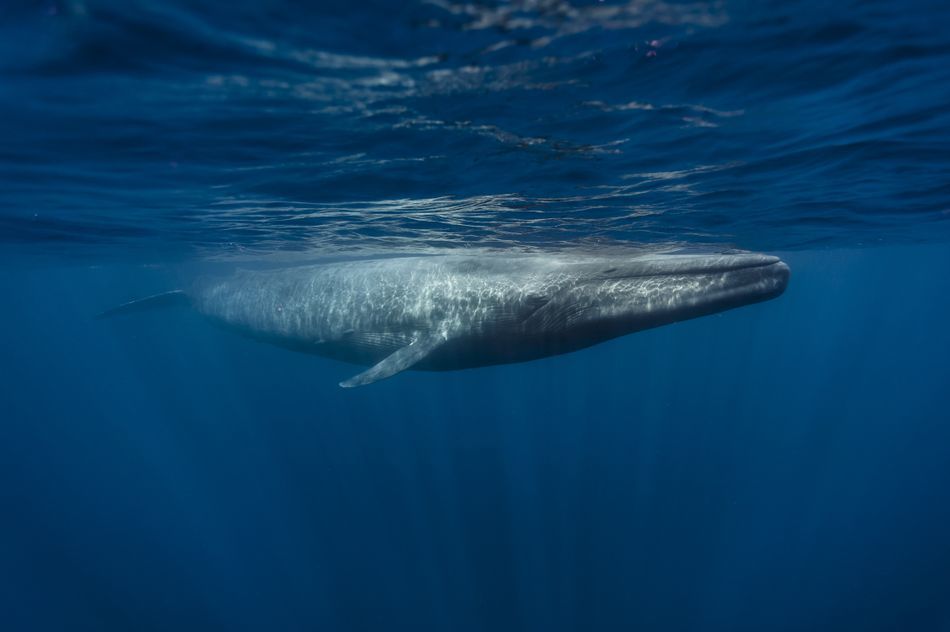 Even so, environmental organizations like the Natural Resources Defense Council (NRDC) are wary of the Trump administration's plan to now consider the economic impacts of protecting species. Rebecca Riley, an NRDC attorney focused on legal and policy issues related to endangered species said the new economic rule can't legally exist at all, as it simply doesn't comply with the Endangered Species Act. The NRDC plans to sue.

"The Trump administration is not known for its rational decision-making," said Riley.

Then, there's the greater principle that the Trump administration intends to weaken, rather than strengthen, the Endangered Species Act — even after an exhaustive United Nation's report detailed how the modern extinction rate is not just the highest it's been in human history; it's "tens to hundreds of times" higher than the normal rate of extinction over the last 10 million years. These extinction threats come from destroyed wilderness, exploiting animals for horns and fur, relentless climate change, and widespread pollution.

"Rather than take steps to mitigate those threats, the Trump administration is weakening the bedrock wildlife law in the U.S.," noted Riley.

Another notable change in the Endangered Species Act rules is that federal wildlife regulators now have more flexibility to determine when, in the "foreseeable future," a species would need protection (like marine species adversely impacted, and even blinded by, Earth's warming waters). This change, while not ideal for wildlife, may withstand legal challenges

This article originally appeared on Mashable's website and can viewed here.