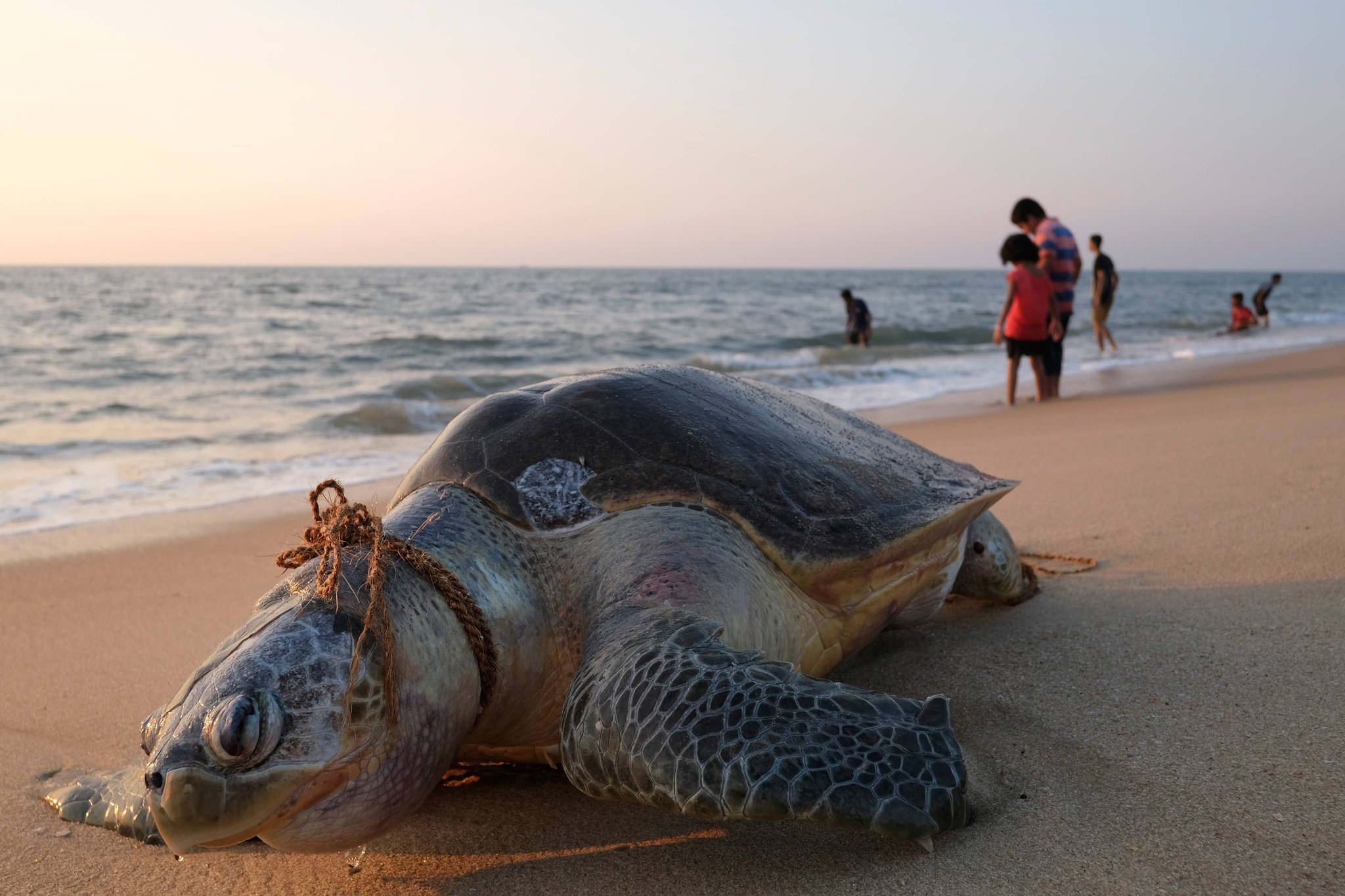 Fishing nets and ropes are a frequent hazard for olive ridley sea turtles, seen on a beach in India’s Kerala state in January. A new 1,500-page report by the United Nations is the most exhaustive look yet at the decline in biodiversity across the globe. Photo Credit Soren Andersson/Agence France-Presse — Getty Images

WASHINGTON — Humans are transforming Earth’s natural landscapes so dramatically that as many as one million plant and animal species are now at risk of extinction, posing a dire threat to ecosystems that people all over the world depend on for their survival, a sweeping new United Nations assessment has concluded.

The 1,500-page report, compiled by hundreds of international experts and based on thousands of scientific studies, is the most exhaustive look yet at the decline in biodiversity across the globe and the dangers that creates for human civilization. A summary of its findings, which was approved by representatives from the United States and 131 other countries, was released Monday in Paris. The full report is set to be published this year.

Its conclusions are stark. In most major land habitats, from the savannas of Africa to the rain forests of South America, the average abundance of native plant and animal life has fallen by 20 percent or more, mainly over the past century. With the human population passing 7 billion, activities like farming, logging, poaching, fishing and mining are altering the natural world at a rate “unprecedented in human history.”

At the same time, a new threat has emerged: Global warming has become a major driver of wildlife decline, the assessment found, by shifting or shrinking the local climates that many mammals, birds, insects, fish and plants evolved to survive in. When combined with the other ways humans are damaging the environment, climate change is now pushing a growing number of species, such as the Bengal tiger, closer to extinction.

As a result, biodiversity loss is projected to accelerate through 2050, particularly in the tropics, unless countries drastically step up their conservation efforts. 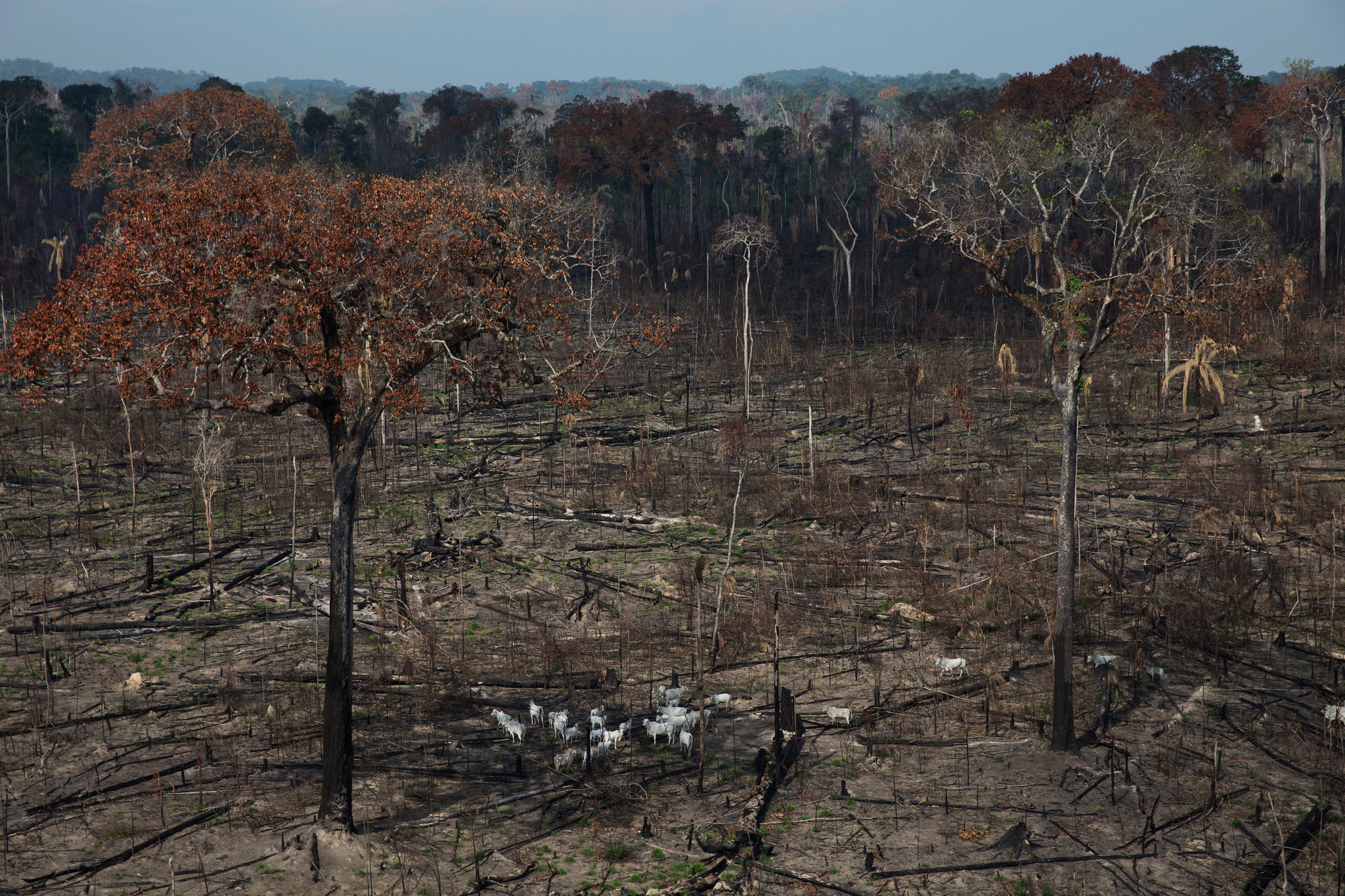 Cattle grazing on a tract of illegally cleared Amazon forest in Pará State, Brazil. In most major land habitats, the average abundance of native plant and animal life has fallen by 20 percent or more, mainly over the past century. Photo Credit: Lalo de Almeida for The New York Times

The report is not the first to paint a grim portrait of Earth’s ecosystems. But it goes further by detailing how closely human well-being is intertwined with the fate of other species.

“For a long time, people just thought of biodiversity as saving nature for its own sake,” said Robert Watson, chair of the Intergovernmental Science-Policy Platform on Biodiversity and Ecosystem Services, which conducted the assessment at the request of national governments. “But this report makes clear the links between biodiversity and nature and things like food security and clean water in both rich and poor countries.”

A previous report by the group had estimated that, in the Americas, nature provides some $24 trillion of non-monetized benefits to humans each year. The Amazon rain forest absorbs immense quantities of carbon dioxide and helps slow the pace of global warming. Wetlands purify drinking water. Coral reefs sustain tourism and fisheries in the Caribbean. Exotic tropical plants form the basis of a variety of medicines.

But as these natural landscapes wither and become less biologically rich, the services they can provide to humans have been dwindling.

Humans are producing more food than ever, but land degradation is already harming agricultural productivity on 23 percent of the planet’s land area, the new report said. The decline of wild bees and other insects that help pollinate fruits and vegetables is putting up to $577 billion in annual crop production at risk. The loss of mangrove forests and coral reefs along coasts could expose up to 300 million people to increased risk of flooding.

The authors note that the devastation of nature has become so severe that piecemeal efforts to protect individual species or to set up wildlife refuges will no longer be sufficient. Instead, they call for “transformative changes” that include curbing wasteful consumption, slimming down agriculture’s environmental footprint and cracking down on illegal logging and fishing.

“It’s no longer enough to focus just on environmental policy,” said Sandra M. Díaz, a lead author of the study and an ecologist at the National University of Córdoba in Argentina. “We need to build biodiversity considerations into trade and infrastructure decisions, the way that health or human rights are built into every aspect of social and economic decision-making.”

Scientists have cataloged only a fraction of living creatures, some 1.3 million; the report estimates there may be as many as 8 million plant and animal species on the planet, most of them insects. Since 1500, at least 680 species have blinked out of existence, including the Pinta giant tortoise of the Galápagos Islands and the Guam flying fox.

Though outside experts cautioned it could be difficult to make precise forecasts, the report warns of a looming extinction crisis, with extinction rates currently tens to hundreds of times higher than they have been in the past 10 million years.

“Human actions threaten more species with global extinction now than ever before,” the report concludes, estimating that “around 1 million species already face extinction, many within decades, unless action is taken.”

Unless nations step up their efforts to protect what natural habitats are left, they could witness the disappearance of 40 percent of amphibian species, one-third of marine mammals and one-third of reef-forming corals. More than 500,000 land species, the report said, do not have enough natural habitat left to ensure their long-term survival.

Over the past 50 years, global biodiversity loss has primarily been driven by activities like the clearing of forests for farmland, the expansion of roads and cities, logging, hunting, overfishing, water pollution and the transport of invasive species around the globe.

In Indonesia, the replacement of rain forest with palm oil plantations has ravaged the habitat of critically endangered orangutans and Sumatran tigers. In Mozambique, ivory poachers helped kill off nearly 7,000 elephants between 2009 and 2011 alone. In Argentina and Chile, the introduction of the North American beaver in the 1940s has devastated native trees (though it has also helped other species thrive, including the Magellanic woodpecker).

All told, three-quarters of the world’s land area has been significantly altered by people, the report found, and 85 percent of the world’s wetlands have vanished since the 18th century.

And with humans continuing to burn fossil fuels for energy, global warming is expected to compound the damage. Roughly 5 percent of species worldwide are threatened with climate-related extinction if global average temperatures rise 2 degrees Celsius above preindustrial levels, the report concluded. (The world has already warmed 1 degree.)

“If climate change were the only problem we were facing, a lot of species could probably move and adapt,” Richard Pearson, an ecologist at the University College of London, said. “But when populations are already small and losing genetic diversity, when natural landscapes are already fragmented, when plants and animals can’t move to find newly suitable habitats, then we have a real threat on our hands.”

This article originally appeared on the New York Times' website and can be viewed here.