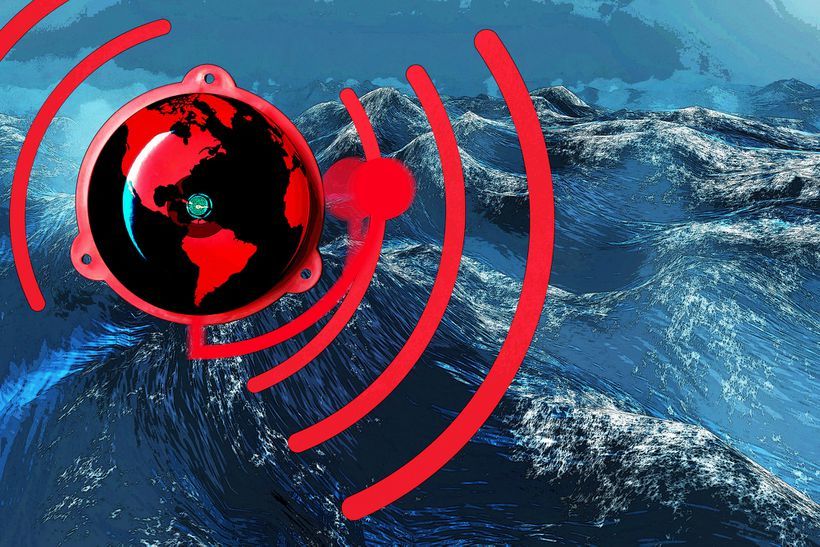 Our ocean is miraculous and mysterious. When it is healthy, it regulates our climate, supplies three-billion people with food, and contributes $1.5 trillion to our global economy annually. But today we need to navigate not just a roadmap to increase the value of the marine economy’s bounty, we need to unite as a blue generation that carves a path to protect the ocean for the next generation, the ocean that our generation pushed to the brink of breaking. Why the urgency?

You don’t have to be a scientist or a government leader to understand that time is running out. In May, the Intergovernmental Science-Policy Platform on Biodiversity and Ecosystem Services global assessment estimated we’re in danger of losing 1 million species to extinction. Last month, the United Nations’ Intergovernmental Panel on Climate Change released a scientific report on the status of the ocean and cryosphere under the pressures of a changing climate. They found the decline in species is directly connected to human activities, and that if left unchecked, the loss of those species would negatively affect human well-being. The authors of the IPCC report, however, provided a starker analysis, writing that climate change makes the ocean “poised to unleash misery on a global scale.” And when we combine these climate impacts — increased ocean temperatures, acidification, the melting of glaciers and ice caps — with a substantial decline of fish stocks, we are setting marine habitats up for collapse.

But we can still change our course. One way is through a scientifically proven, cost-effective way for world leaders to help conserve the ocean and provide resilience to climate change: create marine protected areas to serve as great “parks” in the sea, free from industrial extractive activity.

Linking MPAs across a network, safeguarding closely connected habitats, increasing the ability for ecosystems to rebuild their health and become more resilient in the face of the mounting pressure from climate change is a strategy that works. Marine protections are so important to the health of the ocean that the International Union for the Conservation of Nature recommended in 2016 that we set aside 30 percent of all marine habitats by 2030. Despite all of this urgency, only about 5 percent of the ocean has any form of protection, and just over 2 percent is strongly protected.

This month, we have two opportunities to make measurable progress: at the Commission for the Conservation of Antarctic Marine Living Resources meeting in Hobart, Australia, where three proposals will be considered to protect the Weddell Sea and the waters off East Antarctic and the Antarctic Peninsula, and the Our Ocean Conference in Oslo, Norway. MPAs can’t just be something we announce and then forget. The words have to mean something. The words must have teeth. Protected must mean protected.

We know the political will is there when we get serious. The same year IUCN made its 30 percent recommendation, both annual events yielded remarkable commitments. At CCAMLR, its 25-member governments agreed unanimously to establish the Ross Sea MPA, which at just over 2 million square kilometers is the largest MPA on the ocean. At the Our Ocean conference, leaders from the UK announced the creation of an 830,000-square-kilometer protected area around the island of Pitcairn in the Pacific Ocean.

The question is whether enough political will can be galvanized to get the job done in time. Important accomplishments as they are, world leaders need to deliver more bold actions. In the same way that we need a coordinated global effort to fight climate change, governments must act with the same urgency to protect the ocean. And we must do it in a way that engages all people. Fishermen and their families are our partners — not our enemies. If we don’t get them invested, our solutions will be washed away with tomorrow’s tide.

The more ocean we can safeguard to rebuild an ecosystem’s health and abundance, the better we preserve the benefits the ocean has always provided us, for generations to come. It’s not easy to turn the tide of history let alone to turn it in time, but together that’s exactly what we must do.

This article originally appeared in the Boston Globe and can be viewed here.

John F. Kerry, visiting distinguished statesman at the Carnegie Endowment for International Peace, was US Secretary of State from 2013 to 2017 and serves as co-chair for the Pew Bertarelli Ocean Ambassadors group. Follow him on Twitter @JohnKerry