Thousands to March for the Ocean and Clean Water for All 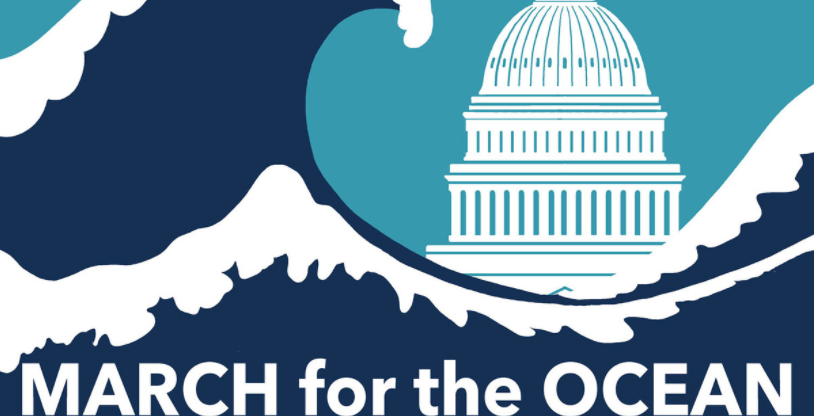 WASHINGTON, April 23, 2018 – After the March for Science and Earth Day, comes the March for the Ocean on June 9, to continue the fight to stop offshore oil drilling, end plastic pollution and protect our coastlines. On World Oceans Day weekend (June 9), thousands are expected to come to Washington, D.C. to participate in a flotilla on the Potomac and Anacostia Rivers, a march past the White House, and a rally, along with simultaneous events across the U.S. and around the world.

Marching will be everyone from beach lovers to sailors, surfers, scuba divers, fishermen, scientists, deep-sea explorers, filmmakers, artists, students, environmentalists, climate experts, earth rights and social justice advocates, major aquariums, citizen scientists, families and businesses that depend on coastal tourism. They will march to raise awareness to the threats to our ocean and waterways and to demand corporate accountability for plastic pollution and funding for climate vulnerable communities.

Among the diverse youth-led partner groups of the March for the Ocean inclusive of many perspectives are: Sustainable Ocean Alliance; The Ocean Project; Big Blue and You; Earth Conservation Corps; Hannah 4 Change; Heirs to Our Oceans; One More Generation; Sea Youth Rise Up; Youth Ocean Conservation Summit; Sierra Student Coalition; Earth Guardians; Earth Echo Youth Leadership Council; Sea Camp for Kids, Students of the Salish Sea and others.