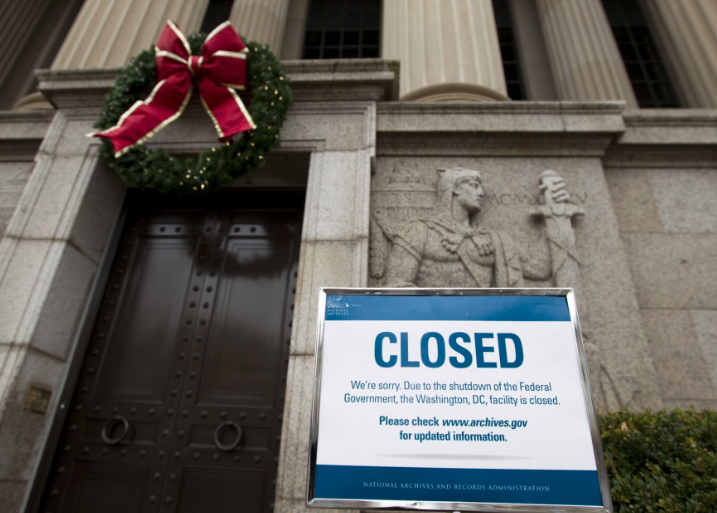 This is the first week of 2019, and many of us have made new year’s resolutions in the form of positive - and hopefully - achievable commitments to ourselves.

While we contemplate how to improve our quality of life in 2019, Congress and the President are unable to even do enough to keep the promise they made to the American public when elected to office - maintaining an operational government.

Because of that, we are in the midst of a partial federal government shutdown.

As a result of this lapse, more than 700,000 federal employees are not receiving paychecks, many of whom are on furlough - or leave of absence - until Congress and the President reach an agreement on the federal budget. Even worse, some federal employees are still required to continue working - without pay – until the shutdown is resolved.

In addition to affecting hundreds of thousands of lives, the shutdown has major ramifications for the conservation and management of our ocean, coasts, and Great Lakes. Most of the agencies included in the 25 percent of the federal government currently without funding are agencies charged with managing and protecting our nation’s natural resources.

This is a larger problem than many people might realize because the United States’ ocean space spans almost 4.5 million square miles, which is an area close to 23 percent larger than our country’s land area. In 2015 alone, the ocean economy employed over 3 million people, producing more than $127 billion dollars in wages, and added $320 billion to the GDP. Additionally, the Great Lakes basin is home to over 30 million people and the contains 84 percent of North America’s fresh water.

Regional Planning Bodies comprised of federal, state, and tribal leaders were dismantled due to National Ocean Policy's repeal and replace and now, compounded with the shutdown, valuable resources like those found on the regional data portals are unable to be accessed or updated. These resources and federal, state, and tribal collaboration are pivotal to sustainable ocean management but now serve as pawns in a political game of chess.

Let’s take a quick look at just three of those agencies:

NOAA is our nation’s premiere ocean agency. Their monitoring and management responsibilities span from the surface of the sun to the depths of the ocean. Staff at NOAA work to keep the public informed of the changing environment, including everything from commercial fisheries to climate assessments and weather forecasting.

Leadership at NOAA set the direction for managing and protecting our nation’s ocean, coasts, and Great Lakes. NOAA’s current annual budget is $5 billion dollars. This number is a drop in the overall federal budget, but comprises the majority of federal funds toward conservation and restoration of our ocean, coastal, and Great Lakes ecosystems.

The Department of Interior (DOI)

The Department of Interior is an important agency for ocean, coastal, and Great Lakes management. DOI’s regulatory responsibilities include overseeing important offices like the U.S. Fish and Wildlife Service, the National Park Service, the Bureau of Ocean Energy Management (BOEM), and the Bureau of Safety and Environmental Enforcement (BSEE). Each of these offices have incredibly important duties -- like making decisions about actions that could impact threatened and endangered species, leasing our offshore waters for use, making sure offshore uses are done safely, and overseeing our National Park system.

As of today, BOEM’s shutdown plan places most of its 558 employees on furlough and BSEE’s shutdown plans show that half of the employees are being retained for work without pay because their work is considered essential to life and safety.

In addition, some news reports already show our national parks are seeing services curbed, bad actors taking advantage of the shutdown, and good samaritans cleaning up.

The Coast Guard is part of the Department of Homeland Security (DHS), not the Department of Defense (DoD), so they were not included in the bills passed to cover the rest of our nation’s defense. Yet, Coasties don’t just protect us from external threats, they also patrol our nation’s waters – rescuing struggling fishing boats or mariners off course. They risk their lives to protect our coasts and waters. These duties cannot go unfilled, so these brave men and women are among the many that are working without pay.

It's clear that this government shutdown is hurting people and wildlife. It's time for a new Congress to get it together and get our federal employees paid, appreciated, and back to work.