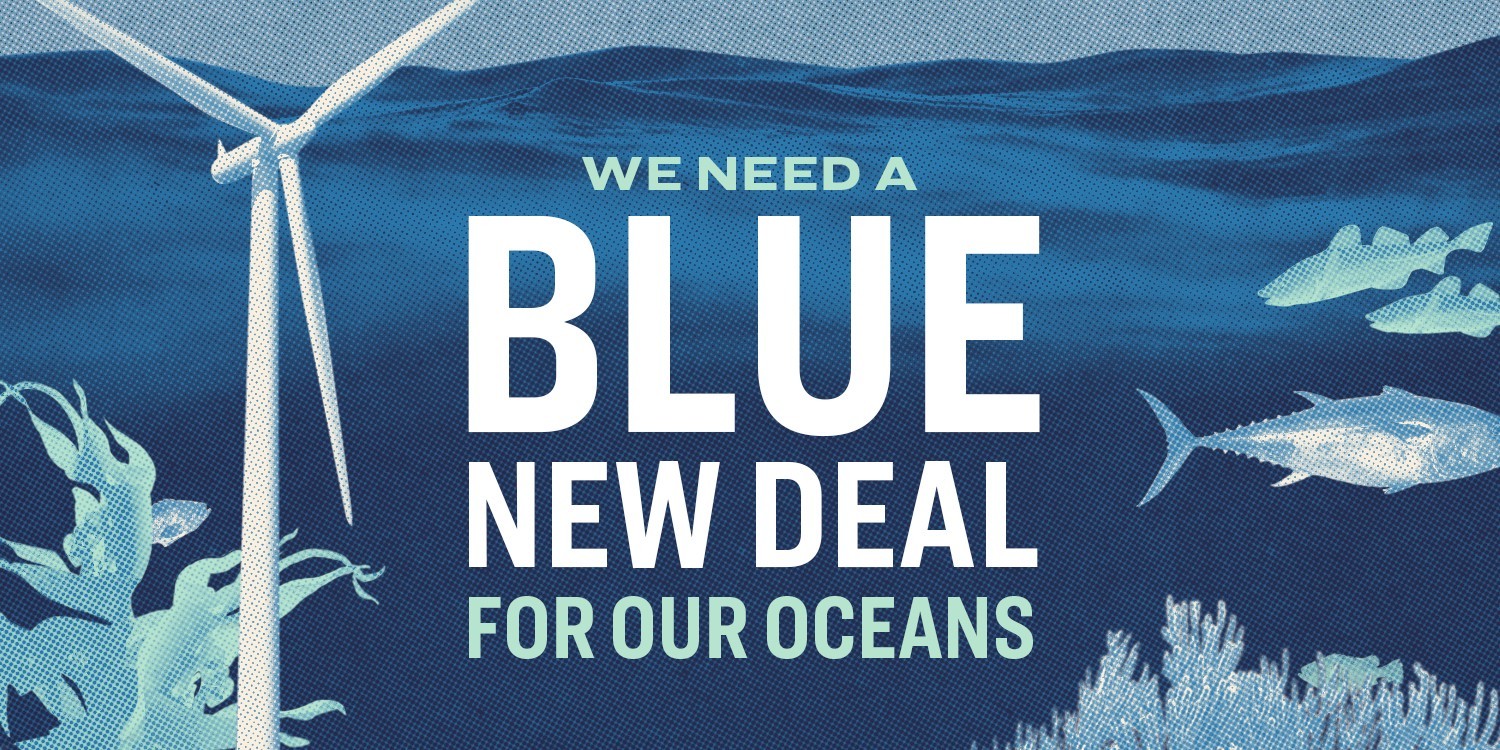 The UN climate meeting currently underway in Madrid, Spain, known as COP25, is being called the Blue COP, to highlight its focus on oceans and the climate. Oceans play an outsized role in regulating our climate and 2020 presidential candidate Elizabeth Warren took the opportunity to release a Blue New Deal–her plan to address ocean conservation and boost offshore wind energy. This plan takes the Green New Deal and drastically expands provisions for the ocean.

The (many) points of Warren’s plan:

Our Take: Overall this plan is really comprehensive and expands marine protected areas which is a really important step a president can take to conserve oceans and get us to our goal of protecting 30% of nature by 2030.

The Good: There are some really thoughtful and important points in this plan. Electrifying ports and helping maritime transport reduce its emissions are really critical steps. Additionally enforcing and protecting the Magnuson-Stevens Fishery Conservation and Management Act is really important to conserve fish stocks that are continually moving northward as a result of climate change. Currently, regulations that help manage fish stocks are regional and fish-specific so when fish migrate, they’re not adequately protected under the Act.

What’s also important about this plan is that it not only bans offshore drilling but it will end existing leases–that’s a big statement for a candidate to make.

Additionally, it helps expand statewide work to help people move out of floodplains. Something states like New Jersey are already doing.

We need to start thinking about the myriad ways in which we have to protect our oceans and also rebuild coastal ecosystems, this plan puts those ideas on the map.

Some Questions: Presidential plans are often short on specifics, that’s really not why they’re written. However, this plan doesn’t have a budget associated with it so it’s hard to gauge its scope. It relies on the National Oceanic and Atmospheric Administration (NOAA) to expand what it does but it’s still unclear how those activities will be funded. Since both the House of Representatives and the Senate have to approve the federal budget, and if Republicans still control the Senate during the first two years of a Warren presidency, a sizeable bump in the budget for NOAA is far from a sure thing.

Additionally, banning offshore drilling and replacing it with offshore wind in places like the Gulf of Mexico where such projects are still years away will be a colossal effort that we can’t underestimate. Especially because federal job retraining programs have had historically dismal success rates, how will a Warren administration make this time different for rig and fossil fuel workers? If suddenly thousands of workers are out of a job (and an identity), no matter the contingency plan, that will become a political nightmare for Democrats.

Why This Matters: Like with many of Elizabeth Warren’s other plans, the Blue New Deal is bold and well thought out. However, what it lacks are the details of how these goals will be specifically achieved and where the money will come from. It seems as if the plan seeks to use settlements recouped from suing oil companies to cover these initiatives but the reality is that those legal battles could be tied up in courts for years–so a Warren administration may never even see the settlements. We need to start making ocean conservation part and parcel of our climate action goals and this plan really starts that conversation.