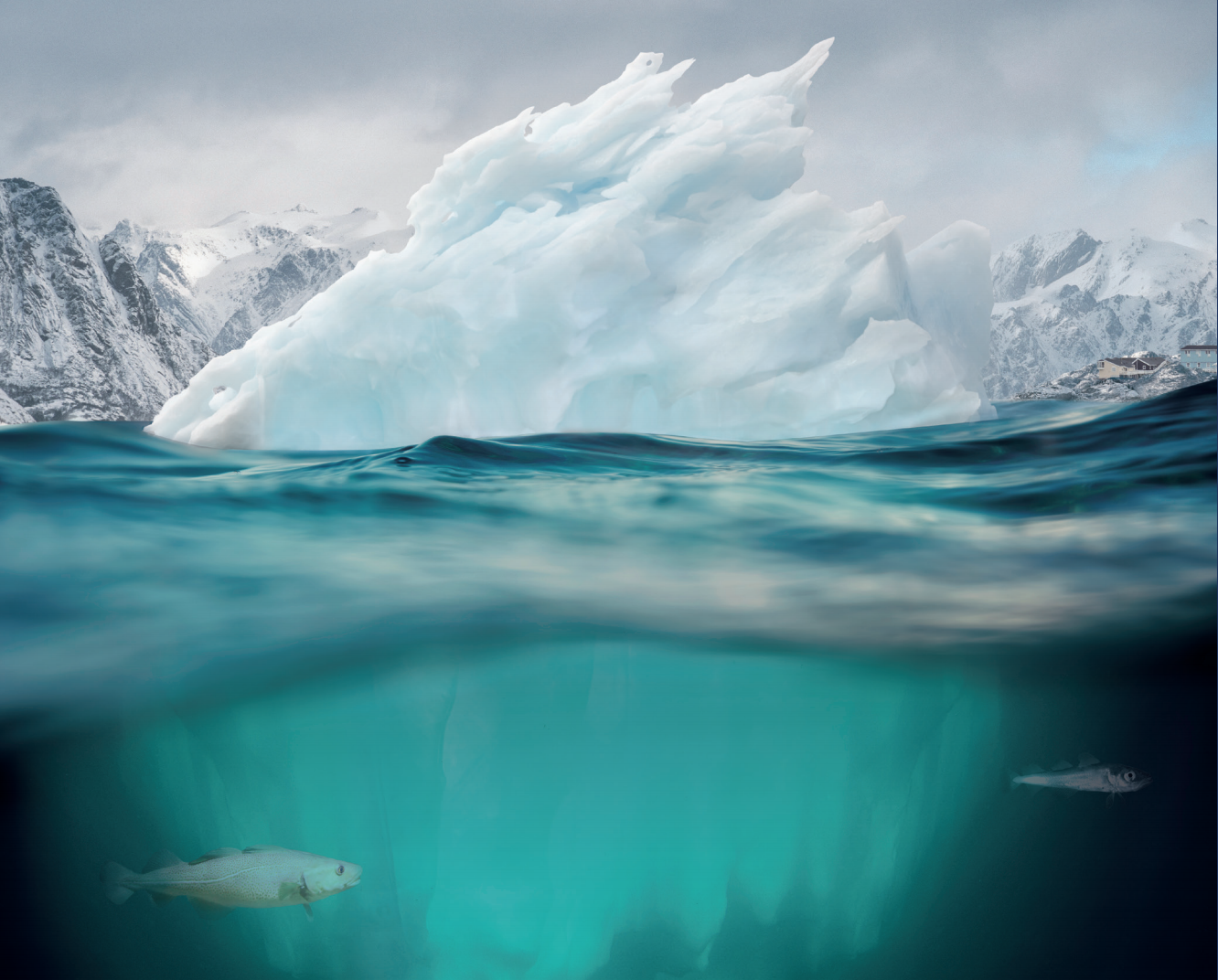 MONACO, Sept 25 – The latest Intergovernmental Panel on Climate Change (IPCC) Special Report highlights the urgency of prioritizing timely, ambitious and coordinated action to address unprecedented and enduring changes in the ocean and cryosphere.

The report reveals the benefits of ambitious and effective adaptation for sustainable development and, conversely, the escalating costs and risks of delayed action.

The ocean and the cryosphere – the frozen parts of the planet – play a critical role for life on Earth. A total of 670 million people in high mountain regions and 680 million people in low-lying coastal zones depend directly on these systems. Four million people live permanently in the Arctic region, and small island developing states are home to 65 million people.

Global warming has already reached 1°C above the pre-industrial level, due to past and current greenhouse gas emissions. There is overwhelming evidence that this is resulting in profound consequences for ecosystems and people. The ocean is warmer, more acidic and less productive. Melting glaciers and ice sheets are causing sea level rise, and coastal extreme events are becoming more severe.

The IPCC Special Report on the Ocean and Cryosphere in a Changing Climate, approved on 24 September 2019 by the 195 IPCC member governments, provides new evidence for the benefits of limiting global warming to the lowest possible level – in line with the goal that governments set themselves in the 2015 Paris Agreement. Urgently reducing greenhouse gas emissions limits the scale of ocean and cryosphere changes. Ecosystems and the livelihoods that depend on them can be preserved.

“The open sea, the Arctic, the Antarctic and the high mountains may seem far away to many people,” said Hoesung Lee, Chair of the IPCC. “But we depend on them and are influenced by them directly and indirectly in many ways – for weather and climate, for food and water, for energy, trade, transport, recreation and tourism, for health and wellbeing, for culture and identity.”

“If we reduce emissions sharply, consequences for people and their livelihoods will still be challenging, but potentially more manageable for those who are most vulnerable,” Lee said. “We increase our ability to build resilience and there will be more benefits for sustainable development.”

Knowledge assessed in the report outlines climate-related risks and challenges that people around the world are exposed to today and that future generations will face. It presents options to adapt to changes that can no longer be avoided, manage related risks and build resilience for a sustainable future. The assessment shows that adaptation depends on the capacity of individuals and communities and the resources available to them.

More than 100 authors from 36 countries assessed the latest scientific literature related to the ocean and cryosphere in a changing climate for the report, referencing about 7,000 scientific publications.

The IPCC Special Report is a key scientific input for world leaders gathering in forthcoming climate and environment negotiations, such as the UN Framework Convention on Climate Change Conference (COP25) in Chile in December.

“The world’s ocean and cryosphere have been ‘taking the heat’ from climate change for decades, and consequences for nature and humanity are sweeping and severe,” said Ko Barrett, Vice-Chair of the IPCC. “The rapid changes to the ocean and the frozen parts of our planet are forcing people from coastal cities to remote Arctic communities to fundamentally alter their ways of life,” she added.

“By understanding the causes of these changes and the resulting impacts, and by evaluating options that are available, we can strengthen our ability to adapt,” she said. “The Special Report on the Ocean and Cryosphere in a Changing Climate provides the knowledge that facilitates these kinds of decisions.”

People in mountain regions are increasingly exposed to hazards and changes in water availability, the report said.

Glaciers, snow, ice and permafrost are declining and will continue to do so. This is projected to increase hazards for people, for example through landslides, avalanches, rockfalls and floods.

Smaller glaciers found for example in Europe, eastern Africa, the tropical Andes and Indonesia are projected to lose more than 80% of their current ice mass by 2100 under high emission scenarios. The retreat of the high mountain cryosphere will continue to adversely affect recreational activities, tourism, and cultural assets.

As mountain glaciers retreat, they are also altering water availability and quality downstream, with implications for many sectors such as agriculture and hydropower.

“Changes in water availability will not just affect people in these high mountain regions, but also communities much further downstream,” said Panmao Zhai, Co-Chair of IPCC Working Group I.

“Limiting warming would help them adapt to changes in water supplies in mountain regions and beyond, and limit risks related to mountain hazards,” he said. “Integrated water management and transboundary cooperation provides opportunities to address impacts of these changes in water resources.”

Glaciers and ice sheets in polar and mountain regions are losing mass, contributing to an increasing rate of sea level rise, together with expansion of the warmer ocean.

While sea level has risen globally by around 15 cm during the 20th century, it is currently rising more than twice as fast – 3.6 mm per year – and accelerating, the report showed.

“In recent decades the rate of sea level rise has accelerated, due to growing water inputs from ice sheets in Greenland and Antarctica, in addition to the contribution of meltwater from glaciers and the expansion of warmer sea waters,” said Valérie Masson-Delmotte, Co-Chair of IPCC Working Group I.

“This new assessment has also revised upwards the projected contribution of the Antarctic ice sheet to sea level rise by 2100 in the case of high emissions of greenhouse gases,” she said. “The wide range of sea level projections for 2100 and beyond is related to how ice sheets will react to warming, especially in Antarctica, with major uncertainties still remaining.”

Sea level rise will increase the frequency of extreme sea level events, which occur for example during high tides and intense storms. Indications are that with any degree of additional warming, events that occurred once per century in the past will occur every year by mid-century in many regions, increasing risks for many low-lying coastal cities and small islands.

Without major investments in adaptation, they would be exposed to escalating flood risks, the report shows. Some island nations are likely to become uninhabitable due to climate-related ocean and cryosphere change, the report said, but habitability thresholds remain extremely difficult to assess.

Increases in tropical cyclone winds and rainfall are exacerbating extreme sea level events and coastal hazards. Hazards will be further be intensified by an increase in the average intensity, magnitude of storm surge and precipitation rates of tropical cyclones, especially if greenhouse gas emissions remain high.

“Various adaptation approaches are already being implemented, often in response to flooding events, and the report highlights the diversity of options available for each context to develop integrated responses anticipating the full scale of future sea level rise,” said Masson-Delmotte.

Warming and changes in ocean chemistry are already disrupting species throughout the ocean food web, with impacts on marine ecosystems and people that depend on them, the report said.

To date, the ocean has taken up more than 90% of the excess heat in the climate system. By 2100, the ocean will take up 2 to 4 times more heat than between 1970 and the present if global warming is limited to 2°C, and up to 5 to 7 times more at higher emissions. Ocean warming reduces mixing between water layers and, as a consequence, the supply of oxygen and nutrients for marine life.

Marine heatwaves have doubled in frequency since 1982 and are increasing in intensity. They are projected to further increase in frequency, duration, extent and intensity. Their frequency will be 20 times higher at 2°C warming, compared to pre-industrial levels. They would occur 50 times more often if emissions continue to increase strongly.

Ocean warming and acidification, loss of oxygen and changes in nutrient supplies, are already affecting the distribution and abundance of marine life in coastal areas, in the open ocean and at the sea floor.

Shifts in the distribution of fish populations have reduced the global catch potential. In the future, some regions, notably tropical oceans, will see further decreases, but there will be increases in others, such as the Arctic. Communities that depend highly on seafood may face risks to nutritional health and food security.

“Cutting greenhouse gas emissions will limit impacts on ocean ecosystems that provide us with food, support our health and shape our cultures,” said Hans-Otto Pörtner, Co-Chair of IPCC Working Group II. “Reducing other pressures such as pollution will further help marine life deal with changes in their environment, while enabling a more resilient ocean.”

“Policy frameworks, for example for fisheries management and marine-protected areas, offer opportunities for communities to adapt to changes and minimize risks for our livelihoods,” he added.

The extent of Arctic sea ice is declining in every month of the year, and it is getting thinner. If global warming is stabilized at 1.5°C above pre-industrial levels, the Arctic ocean would only be ice-free in September – the month with the least ice – once in every hundred years. For global warming of 2°C, this would occur up to one year in three.

Some people living in the Arctic, especially indigenous peoples, have already adjusted their traveling and hunting activities to the seasonality and safety of land, ice and snow conditions, and some coastal communities have planned for relocation. Their success in adapting depends on funding, capacities, and institutional support, the report shows.

Permafrost ground that has been frozen for many years is warming and thawing and widespread permafrost thaw is projected to occur in the 21st century. Even if global warming is limited to well below 2°C, around 25% of the near-surface (3-4 meter depth) permafrost will thaw by 2100. If greenhouse gas emissions continue to increase strongly, there is a potential that around 70% nearsurface permafrost could be lost.

Arctic and boreal permafrost hold large amounts of organic carbon, almost twice the carbon in the atmosphere, and have the potential to significantly increase the concentration of greenhouse gases in the atmosphere if they thaw. It is unclear whether there is already a net release of carbon dioxide or methane due to the ongoing thaw of the Arctic permafrost. In the future, increased plant growth can increase the storage of carbon in soils and offset carbon release from permafrost thaw, but not at the scale of large changes on the long term.

Wildfires are disturbing ecosystems in most tundra and boreal as well as mountain regions.

The report finds that strongly reducing greenhouse gas emissions, protecting and restoring ecosystems, and carefully managing the use of natural resources would make it possible to preserve the ocean and cryosphere as a source of opportunities that support adaptation to future changes, limit risks to livelihoods and offer multiple additional societal benefits.

“We will only be able to keep global warming to well below 2°C above pre-industrial levels if we effect unprecedented transitions in all aspects of society, including energy, land and ecosystems, urban and infrastructure as well as industry. The ambitious climate policies and emissions reductions required to deliver the Paris Agreement will also protect the ocean and cryosphere – and ultimately sustain all life on Earth,” said Debra Roberts, Co-Chair of IPCC Working Group II.

The report gives evidence of the benefits of combining scientific with local and indigenous knowledge to develop suitable options to manage climate change risks and enhance resilience. This is the first IPCC report that highlights the importance of education to enhance climate change, ocean and cryosphere literacy.

“The more decisively and the earlier we act, the more able we will be to address unavoidable changes, manage risks, improve our lives and achieve sustainability for ecosystems and people around the world – today and in the future,” Roberts said.